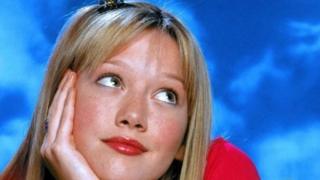 Lizzie McGuire is back.

The actress Hilary Duff who plays her announced on Instagram that original character Gordo, (who is played by Adam Lamberg) will also be returning for the reboot.

It'll be back on our screens when Disney+ launches in the UK in March 2020.

Chances are if you have an older brother or sister they'd have loved the show, but if you're new to it, then read on.

What is Lizzie McGuire?

Hilary Duff fans were thrilled to learn in August that the singer-actor would be returning to the role that made her famous.

The popular Disney show ran from 2001 to 2004 and followed the life of 13-year-old Lizzie and her best friends Miranda and Gordo as they tried to fit in. 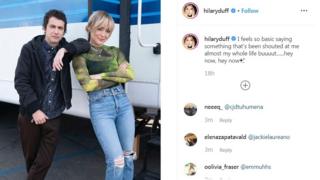 This reboot will stay true to the original, featuring an animated version of Lizzie, who'll offer the audience funny and revealing insights into what the character is really thinking.

The original show aired for four series on the Disney Channel and became the broadcaster's highest-rated show.

One big change is that Lizzie McGuire is no longer a teenager. Hilary Duff revealed that the character has grown up and is "older, wiser, and has a much bigger shoe budget".

We also now know that David "Gordo" Gordon, who was Lizzie's BF in the original series and the 2003 film, is back.

In a statement, Hilary said "Gordo was an essential piece of the puzzle to what made the original Lizzie McGuire so authentic and beloved.

"I couldn't imagine the series without him. I can't wait for fans to see what he's up to 15 years later and how he fits into Lizzie's adult world." 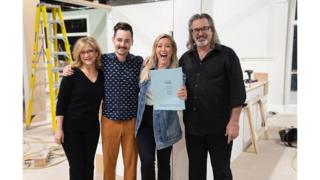 Instagram
Hilary Duff alongside Jake Thomas, Hallie Todd and Robert Carradine who play her family in the series.

Original cast members such as Jake Thomas (who plays Lizzie's brother Matt), Hallie Todd (who plays her mum Jo) and Robert Carradine (who plays dad, Sam) are all in for the reboot.

Hilary said the project had been in the works for a long time and that the cast "want to give fans what they want, but we also want to have a completely new show".

We can't wait for the series!

Babysitters Club: Five kids' TV shows which made a comeback