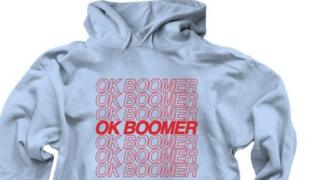 It's a catchphrase and meme which has popped up all over the internet.

You may have first seen it on the video sharing platform Tik Tok.

Well now it's gone viral and has been used hundreds of millions of times.

Find out about other random catchphrases

Use the right slang at school

Take a look at these Greg James catchphrases

What does the phrase actually mean? 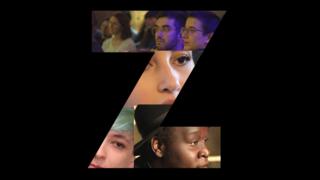 In early November 2019, a TikTok video was uploaded showing a grey-haired man - thought to be a Baby Boomer, (that's someone born between 1946 and 1964), saying "millennials and Generation Z have the Peter Pan syndrome."

It was his way of saying people born in this period don't want to grow up.

Since 14 November, the hashtag #OKBoomer has been used more than 732 million times, while more than 2,000 official hoodies bearing the catchphrase have been sold.

It started as a teenage comeback to basically any older person who's making fun of young people or seems out of touch about the issues that matter to them.

Have you used it or know people that do? Let us know in the comments below.

Starting secondary school: The slang you may need to know