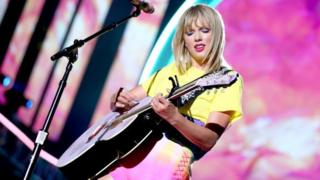 Getty Images
The singer-songwriter has a total of 10 Grammys to date, can she scoop up a few more at next year's awards?

The nominations for next year's Grammys are in and it looks set to be a fierce competition!

Taylor Swift received nominations in three categories including Song of the Year for her single, Lover. The singer-songwriter currently has 10 Grammys to her name and she was the first woman to win album of the year twice, but she won't be able to make it a hat trick this time around.

Why is Taylor Swift in a fight over her music?

Taylor Swift's video for new song ME! is here 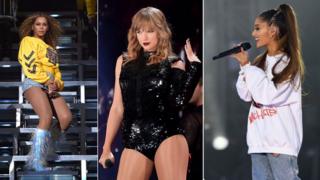 However, the star is up against some stiff competition. Taylor has also been nominated in both the Best Pop Solo Performance and Best Pop Vocal Album categories alongside Lion King star Beyoncé and pop sensation Ariana Grande.

Her producer Jack Antonoff also received a nomination for Producer of the Year in the non-classical category on his work on the album Lover, in addition to several other albums.

How will Taylor do in next year's awards? You'll have to wait until the awards ceremony on 27 January to find out!

Grammys 2019: The most unique outfits from the awards