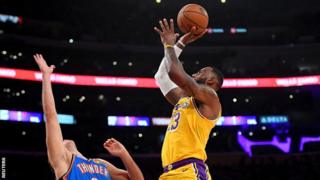 Just when you thought Lebron James couldn't get any cooler, he's made history for his triple double efforts.

The basketball player, who is a whopping 6 foot 8 inches tall, plays for the LA Lakers.

A triple-double is when a player achieves double figures in three different moves during a single game.

He is now the first player in NBA history to score a triple-double against every team in the league. But what else has this superstar achieved?

Loads more basketball stories for you

The history of basketball in the UK

Watch the amazing basketball shot from 177 metres up

1. He's a movie star as well as a sports star 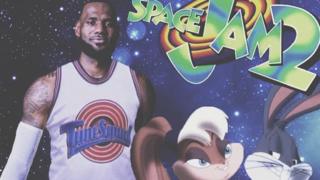 It's the sequel to the 1996 hit starring Michael Jordan, who teaches Looney Tunes very own Bugs Bunny and friends how to win a game of Basketball against superstar aliens.

2. He does stuff to help the community 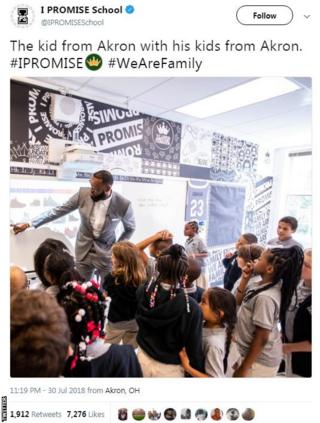 Twitter
Lebron James opened up a school in Akron with help from his foundation.

The organisation also builds playgrounds in disadvantaged areas and hosts a yearly bike-a-thon, where school kids get given a free bicycle.

Lebron has appeared in takeaway food adverts in the US, however LeBron was more than happy to reveal that he's obsessed with cereal, and that Frosted Flakes are his all-time favourite. Who knew?

4. He's friends with Jay-Z and they have a cool handshake 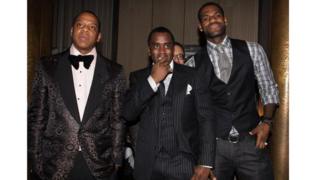 While Jay Z's favourite basketball team might be the Brooklyn Nets, the baller and hip hop icon are very close friends.

They have their very own handshake , and Jay-Z has actually written songs about LeBron. 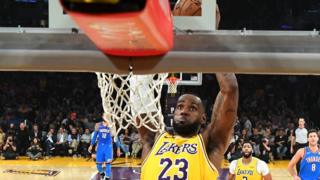 Reuters
5. He might never have been a basketball player

At high school he was considered one of the most promising young American footballers in the country.

Many experts think he could have become a professional wide receiver, a position which requires quick reflexes and speed.

However LeBron decided his real passion was basketball, and decided to focus on that.

We think he made the right decision!

Obama has a basketball blunder at the White House

Basketball tips from the world's best