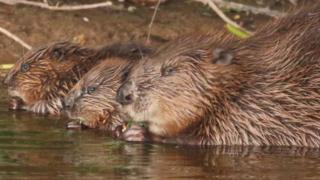 But these mammals have strong teeth and jaws which are very useful tools when it comes to building dams.

It's for this reason that they are being released as part of a special mission by the National Trust in spring 2020.

The dams beavers make, by cutting down wood with their teeth and dragging it into rivers, slow the flow of water after heavy rainfall, and reduce the risk of flooding.

Why are these animals getting an ark?

'Extinct' birds of prey are coming back to England

Wildcat kittens to be reintroduced in England 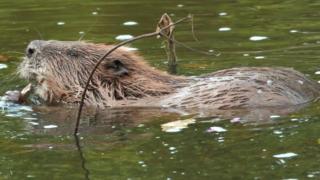 Two pairs of beavers will be released from captivity into enclosures in Somerset and West Sussex and are expected to build a network of dams.

Beavers became extinct in the wild in the UK about 300 years ago when they were hunted for their fur and meat.

The plans have been approved by Natural England who say "the dams the beavers create will hold water in dry periods and help to lessen flash-flooding and reduce erosion."

The beavers will come from Scotland, where they have been breeding since 2006.

What do you think of the idea? Let us know in the comments below.

Conservation: Wildcat kittens to be reintroduced in England

Beavers 'protected' in Scotland by laws on beaver dams