Space blob: Scientists find the remains of Supernova 1987A 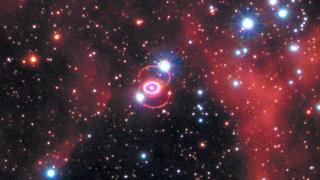 Scientists think they've finally tracked down the dead remains from Supernova 1987A.

The Supernova 1987A is one of scientists' favourite star explosions.

Astronomers knew the remains of it must exist somewhere - but they couldn't identify the exact location because of a huge cloud of dust had got in the way.

Now, a team in the UK think they've found the remains of the explosion. But how? Because of the way the remains were heating up a certain part of that dust cloud.

Discover for space stories that are out of this world

What is space junk and where does it come from? 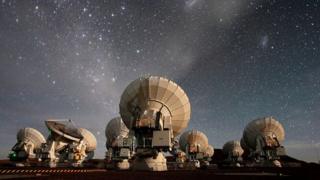 The researchers refer to the area of remains as "the blob".

One of the professors told the BBC that the blob is "so much hotter than its surroundings" and that it "stands out" from the other dust clouds.

It was an exciting moment when telescopes first spotted the explosion in 1987.

It was the nearest, brightest supernova seen in the sky in more than 400 years. 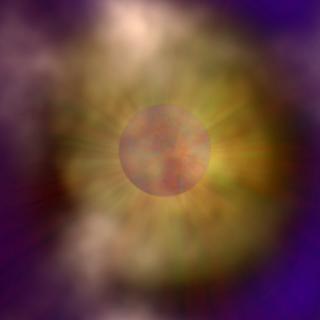 Cardiff University
The neutron star at the centre of "the blob"

The professor also told the BBC: "The amazing thing about [Supernova 1987A] is that we are watching the changes in real time, seeing how it evolves over months and years. It's like watching the plot develop in the acts of a play."

Astronomers are so interested in supernovas because they help them understand the evolution of the universe.