Dormice numbers have 'halved' since 2000 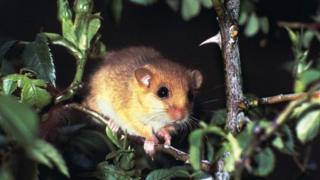 Getty Images
Dormice in Britain are vulnerable to extinction

The number of hazel dormice in the UK have halved and now they're at risk of becoming endangered.

The tiny woodland mammals have been around for over 30 million years, living amongst ancient horses and even primates.

It's hard for us to imagine a world without them.

But their numbers have fallen by 51% since 2000, according to the National Dormouse Monitoring Programme.

What are emotional support animals? 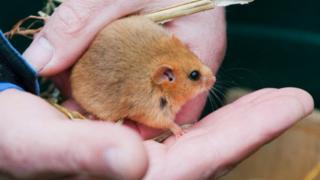 They've already disappeared from 17 areas in England but you can find most of them towards the south of the UK, between Shropshire and Suffolk.

There's still time to save these cute furry rodents, as there are some areas of the UK where their numbers are on the up, because of special efforts to manage the woodlands where they live.

Why are dormice numbers down? 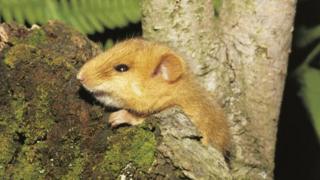 Dormouse officer at the People's Trust for Endangered Species, Ian White, said "The decline in dormouse numbers is due to the loss and fragmentation (break up) of their natural woodland and hedgerow habitats, as well as climate change."

Methods like coppicing, where trees and shrubs are cut back to stimulate growth, have led to the loss of habitats for dormice to live.

By cutting vegetation back, it exposes dormice to extreme climate conditions, making it difficult for them to survive and breed in the winter. 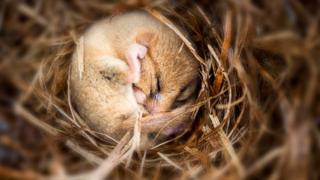 These sleepy creatures need safe places to lounge around and snooze in, such as tree holes, shrubby areas that grow under the trees in woods, and hedgerows.

So there is still some hope, if changes are made to the way woodlands are managed, such as providing shrubby areas for wildlife to nest and feed.