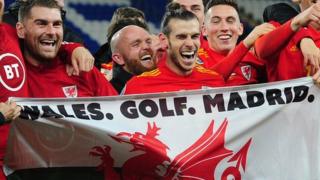 The Welsh football team are celebrating after qualifying for Euro 2020.

They secured the 2-0 win at the Cardiff City Stadium last night with two goals from Aaron Ramsey.

Gareth Bale came close to adding a third with a free-kick which narrowly missed, while Ramsey was denied a hat-trick by Hungary goalkeeper Peter Gulacsi.

Wales join England in qualifying for the Euros. But, what other teams have also qualified? 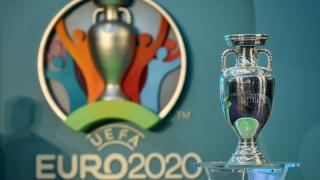 The other four places will be decided by a series of play-off matches.

There are 16 teams going for the final four places. They will play in semi-final and final matches depending on their performance in the the UEFA Nation's League.

The Republic of Ireland and Northern Ireland are in these play-off matches and could still qualify for the tournament.

Euro 2020: Everything you need to know about the Uefa tournament