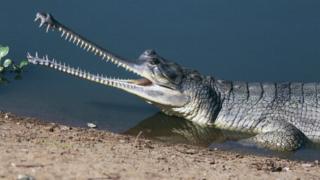 100 hatchlings of an endangered crocodile species have been found in a remote region of Nepal.

The species, called the gharial, has fewer than a thousand adults remaining in the wild.

It's hoped that this could be good news for this type of croc. 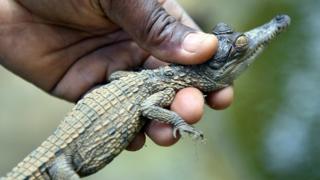 Getty Images
Baby gharials, 30cm in height, have been found in Nepal

The baby crocs were found in June along with three adult females and one adult male. It's an amazing discovery, especially since the crocodile has not been seen in that area in 30 years!

Researcher Rikki Gumbs of ZSL (Zoological Society of London) said the reptiles were seen sunbathing on a sand bank in the Bardia National Park.

He said: "This is such a positive discovery, and a critical step for the long-term recovery of the species in Nepal." 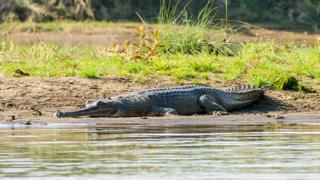 Getty Images
Adult gharials can reach over 5 metres in length and 250kg in weight!

Conservationists are now looking after the miniature crocodiles.

Rikki added: "It's very important that these hatchlings can make it to adulthood... especially with the threats that are impacting the species."

New animal at London Zoo is the largest of its kind

This rhino made an incredible journey!

More about the species

Gharials belong to the Crocodilian group and are known for their long thin snouts. 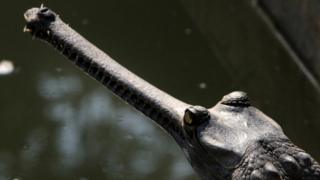 They are found predominantly in two countries in Asia: India (along the Chambal, Girwa, and Son Rivers) and Nepal (along the Narayani River).

The International Union for Conservation of Nature classified the species as critically endangered, as its numbers have gone down by 98% since the mid 1900s. 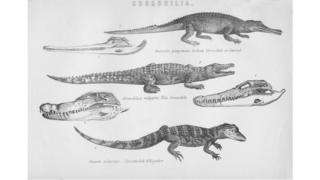 There are a number of reasons for the decline in the species, including them being hunted for traditional medicines.

Another reason, is that many gharials rely on water to survive and their water habitats have dried out as a result of man-made changes to river flow over the years.