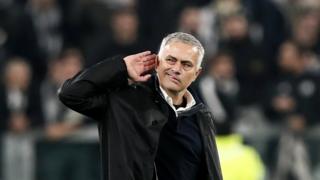 Jose Mourinho has been announced as the new head coach of Tottenham Hotspur after the sacking of Mauricio Pochettino.

The Portuguese manager is one of the most successful managers in football, winning 25 major trophies with clubs including Chelsea, Manchester United and Real Madrid.

Pochettino was sacked after overseeing Tottenham's disappointing start to the Premier League season. They are currently 14th in the table having won only three matches.

Ahead of his unveiling at Spurs, here are five of Mourinho's most memorable moments. 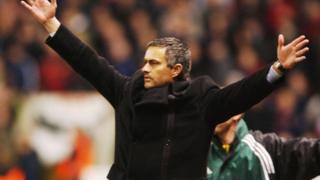 Mourinho was first properly introduced to British audiences in 2003 during a match against Manchester United at Old Trafford in the Champions League.

At the time, Mourinho was managing Portuguese side, Porto.

When his side scored a last minute equaliser, Mourinho ran the length of the touchline in front of the devastated United fans.

His Porto side went on to surprise everyone and lift the Champions League trophy. 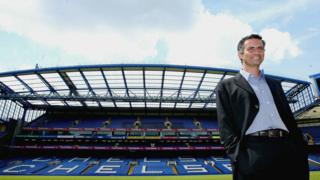 After his heroics at Porto, Mourinho was brought in by Chelsea as their new manager.

In his first press conference, Mourinho introduced himself as "the special one".

During his first spell as Chelsea manager, Mourinho won the Premier League twice, two League Cups and the FA Cup. 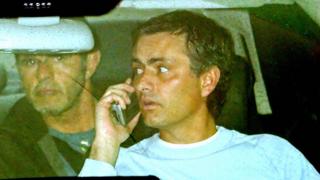 Never far from controversy, Mourinho was given a two-match touchline ban when he wrongly accused Barcelona coach Frank Rijkaard of visiting referee Anders Frisk at half-time during a Champions League tie in 2005.

This meant he wasn't allowed in the dressing room for the quarter-final match against Bayern Munich.

Not one to let that stop him, Mourinho got the Chelsea kit man to smuggle him into the changing room using a laundry basket.

Poke in the eye 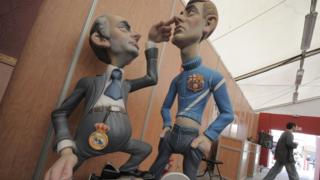 As well as managing in the Premier League, Mourinho has won trophies in Portugal, Spain and Italy.

However, during his time as Real Madrid manager, he was universally condemned after poking Barcelona's then-assistant manager Tito Vilanova in the eye on the touchline during a Spanish Super Cup match.

Mourinho refused to apologise after the incident, with his spokesman saying he believed that he was defending the interests of Real Madrid. 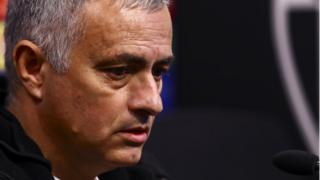 We could do a whole piece on Mourinho's meltdowns but let's just focus on one... RESPECT.

After losing 3-0 to Spurs in 2018, the then Manchester United manager stormed into the post-match press conference to set the record straight.

A reporter asked Mourinho whether he thought the fans would be happy with a 3-0 loss at home.

He then stormed out without another word.

What do you think about Mourinho as the new Spurs head coach? Let us know in the comments below.

Jose Mourinho: Former Man United boss has a bit of a fall

Pogba v Mourinho. Who do you think is right?

1 hour ago1 hour ago
22
Newsround Home