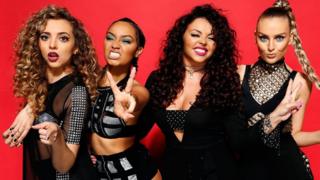 There's some great news if you're a Little Mix fan.

The girl band have announced on social media that they're releasing a brand new Christmas single!

It's going to be called One I've Been Missing.

You don't have to wait long to hear it, as it's out on Friday 22 November.

Why do we love Christmas number one so much?

The kids going for Christmas Number 1

In a video message online Leigh-Anne said: "It's our first ever Christmas single so it's very special to us."

She also teased fans about other festive content the band is working on. Exciting right?! 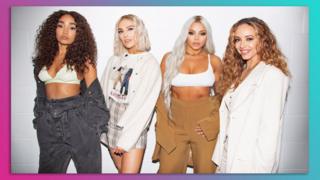 While One I've Been Missing is Little Mix's first actual Christmas song, they did release a Christmas mix of their 2015 top 20 single Love Me Like You.

The question is, can they win the race for the Official Christmas Number 1?

They've got some tough competition this year from festive classics including Last Christmas by Wham! and Mariah Carey's All I Want For Christmas Is You, which celebrates its 25th anniversary this year.

Are you excited to hear the single? Let us know in the comments below.

What do Little Mix listen to at Christmas?