Rights of the Child: 30th Anniversary of the UN Convention 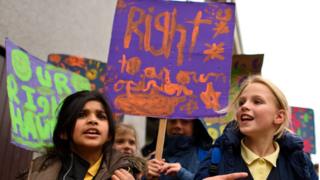 On 20 November 1989 world leaders got together and made a promise to every child to protect their rights and make sure they have a safe and happy life.

They put together an international legal framework - the United Nations (UN) Convention on the Rights of the Child.

The treaty says that every child has rights, whatever their ethnicity, gender, religion, language or abilities.

It's been 30 years since the Convention on the Rights of the Child was taken on, but what does it mean for children around the world?

What is the Convention on the Rights of the Child?

Countries that agree to the treaty make a number of promises to children to meet their basic needs.

They accept that all children have basic rights.

These include the right to:

What is the history of children's rights?

It was only in the middle of the 19th century that the idea of giving children special protection was talked about.

The world's very first declaration on child rights was written by the founder of the charity Save the Children, Eglantyne Jebb, in 1923.

Kids' rights in the UK and abroad

In 1948, the Universal Declaration of Human Rights recognised that "motherhood and childhood are entitled to special care and assistance".

How many countries have agreed to the treaty? 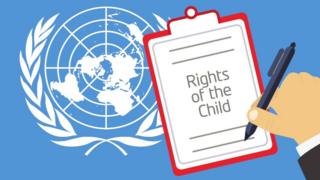 The Convention on the Rights of Child has been agreed to and made legal by 195 countries, including Somalia which agreed to it in 2015. Because so many countries have formally agreed to it, it is the most ratified international human rights treaty in history.

There is only one country which hasn't done so: the United States.

The United States signed the treaty in 1995 which means it agreed to it, but did not take it through the next step which would mean it is legally bound by it.

Has the convention improved the lives of children?

Children are much better off now than they were thirty years ago, in part because of the treaty.

There is still much more that needs doing though, for example there are 58 million children worldwide who still don't go to school. There are still children who have to work and children who get sick from diseases which could have been prevented.

Complaints to the UN 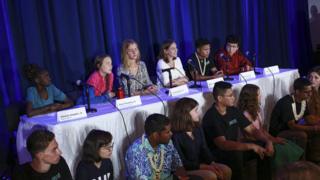 Since 2014 children have been allowed to directly complain to the UN Committee on the Rights of the Child about alleged violations or actions against their rights.

In September 2019, Greta Thunberg, and 15 other children from around the world, filed a legal complaint against five nations over what they described as the lack of action by governments on climate change. They did this through the UN Convention on the Rights of the Child.

The activists - aged between 8 to 17 - say that the countries' failure to tackle the issue is a violation of child rights.

School pupils on the children's rights they'd fight for