Plague: Cases of the Black Death reported in China 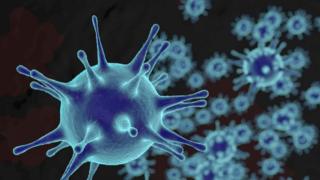 Getty Images
A microscope image of the plague virus

Some people in parts of China have been affected by bubonic plague.

Three cases have now been reported in the country, two in the capital of Beijing and one in Inner Mongolia.

The plague is a disease that swept the world hundreds of years ago, between the 14th and 17th century, and was once called the Black Death.

Nowadays we understand what causes it and getting treatment and a cure is much easier. But what exactly is it?

Find out loads more about the plague

The plague was spread by gerbils - not rats!

How the Black Death mystery was finally solved

The World Health Organisation says it's the most common type of plague, but it's still incredibly rare.

Around two thousand people in a world population of 7.7 billion get the disease each year.

People usually catch it after being bitten by an infected flea. The bugs pick up the disease when they bite animals who carry the plague - like rats, mice, or gerbils.

The fleas then pass it to the next animal or person they bite. 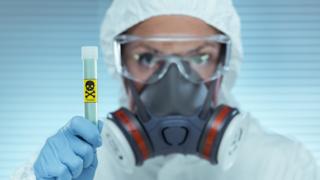 You can also catch the plague directly from infected animals or people.

After catching the plague, the symptoms within a few days. People may feel very sick and weak and might have a fever, chills, and a headache.

With bubonic plague, people also get buboes, which are very swollen and painful lumps under the arms and in the neck.

Thankfully medical treatment has come a long way since the days of the Black Death in the Middle Ages.

The disease is now very rare and the sooner it's caught, the easier it is to cure. Most cases are in Africa, India, and Peru.

Outbreaks of bubonic plague in China have been rare, but large parts of the north western city of Yumen were sealed off in 2014 after a resident died of the disease.

Recently 28 people who had close contact with a man in Inner Mongolia, who caught the disease, have been put into isolation.

They are under observation according to health officials, and currently show no signs of having the disease.

The deadly Plague was spread by gerbils not rats