Google Stadia: Pros and cons of the new gaming service 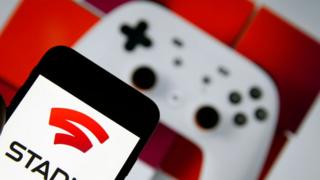 Getty Images
Google Stadia has just launched in the UK

Stadia says it will allow you to stream better-than-console-quality games, offering instant access to play.

Gamers everywhere have been waiting for the launch for a long time.

It currently costs £8.99 a month as part of the Stadia pro subscription, but a free version called Stadia Base will become available at some point in 2020.

Check out this list of pros and cons for all you need to know about it.

You decide: Should there be a limit on gaming time?

The schools with gaming on the timetable

In theory, Stadia will be as easy as Netflix for playing games. That might mean gamers can try more titles and play more unknown and underappreciated games.

Google say you won't be restricted by the size of your hard drive any more - great news!

You can play anywhere

You can play Google Stadia anywhere! Well, on any device that has Chrome. So players won't need to wait until they get home, or to use a specific device. 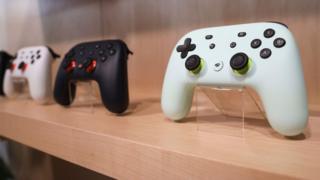 Internet connection is quite reliable in a lot of European countries, but it can go down.

And Google Stadia is mostly reliant on constant internet connection - so that could be a problem.

Huge parts of America don't have fibre or broadband, which would make playing Stadia really difficult.

If someone purchases a game through Stadia, they don't really own the product.

They own the right to play it, but don't own the game itself.

Stadia has to deal with gameplay lag and resolution and frame rate problems.

So if players log on to Stadia during peak internet hours, when there's a high demand for it, they might find the frame rate and resolution is quite low.

Are you excited for the release of Google Stadia?

Do you think it's a good alternative to owning a console? Let us know in the comments.