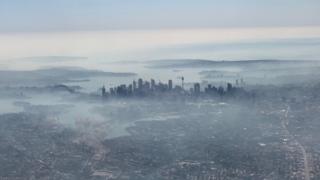 Strong winds have swept across New South Wales in Australia, carrying smoke from the bushfires into the state's capital, Sydney.

As a result, air pollution levels are up eight times higher than the national benchmark, which is a very serious health risk for people living in the area.

More on the bushfires 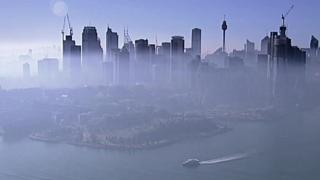 About five million people live in Sydney and health officials have advised people with asthma or respiratory illness to stay indoors and to avoid any physical activity.

People living in Sydney were warned about the fire hazard on Tuesday as temperatures rocketed to 37 degrees Celsius in the west of the city.

So far around 1.6 million hectares of land has been burnt as a result of the bushfires.

Climate change: Changing ship speeds could help save the planet

Amazon fires: Put your questions to a BBC expert