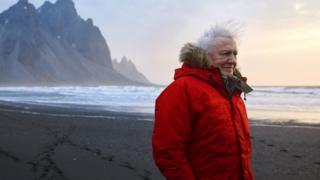 Sir David Attenborough says we're "shifting our behaviour" when it comes to plastic.

In an interview with the BBC he said "the world is waking up to what we've done to the planet".

He said that plastic is "vile" and "horrid" but there's a growing awareness of the kind of damage it can do.

Sir David was speaking at an event where he and his team were awarded a prize for their Blue Planet II documentaries.

The series showed viewers how many plastic items are drifting in the world's oceans, and how its affecting animals who live there.

The prize was given by an organisation called Chatham House. It's a very prestigious award and given to people who make a significant contribution to improving international relations. 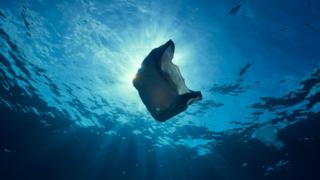 Around 8 million tons of plastic enters the ocean each year

He said: "We still need to know how to dispose of the wretched material, surely if we can invent it, somebody somewhere is going to be able to deal with it, to deal with these mountains of this appalling material."

Lots of you are getting involved in the fight against plastic, including asking businesses to cut down on plastic over Christmas.

Microplastics: Why plastic is causing big problems for worms