World Heritage Sites and the threat of climate change 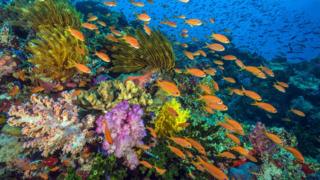 Alex Mustard 2017
Coral reefs, like this one in Fiji that was recently featured on Blue Planet II, are among the most threatened ecosystems on the planet

A report has revealed that the number of World Heritage Sites affected by climate change has almost doubled in three years.

The International Union for Conservation of Nature (IUCN) says that the number of threatened places has grown from 35 to 62.

The sorts of issues that are affecting these sites include coral bleaching and glacier loss. In fact, coral reefs and glaciers are among the most threatened ecosystems on the planet.

World Heritage Sites are special places all around the world which have been chosen as being particularly important to the world's heritage, history and culture. 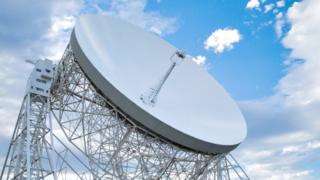 The Jodrell Bank Observatory in the north-west of England was recently chosen as the UK's latest candidate to be given World Heritage status. The observatory is most famous for its Lovell Telescope (pictured here), which was completed in 1957

Because of this, they are given special protection to make sure that they are looked after and that future generations can benefit from them.

But this IUCN report suggests that climate change is damaging an increasing number of these places.