Will there be a royal Bake Off? 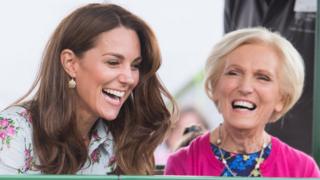 It has been reported that the Duchess of Cambridge will be teaming up with former Great British Bake Off judge Mary Berry for a festive TV special.

Kate Middleton - who is married to Prince William - is expected to be the guest of honour on the famous cook's BBC 1 cooking special.

The pair, who became friends through their charity work, are expected to create a feast for volunteers working over the Christmas and New Year period.

It's not the only festive TV treat this Christmas.

Which Christmas song annoys you the most?

Mary Berry will be up against her old colleagues at The Great British Bake Off as they host two Christmas specials with a scattering of former contestants.

There will be a reboot of the classic children's sitcom, Worzel Gummidge featuring a walking, talking scarecrow character. 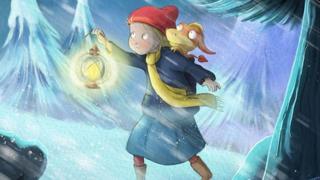 There will also be a special animated adaptation of the Michael Morpurgo book, Mimi and the Mountain Dragon. It tells the story of a shy girl who discovers a baby dragon in her family woodshed, and the journey she goes on to return it to its mother.

If that wasn't enough, the author of The Gruffalo, Julia Donaldson, is helping to bring another one of her books - The Snail And The Whale - to the small screen in time for Christmas. 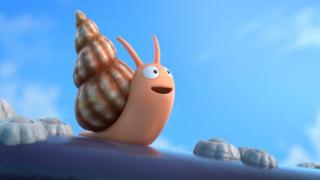 Sky 1 has produced a new Christmas special called Cinderella: After Ever After. The show explores Cinderella's life after she got married - as she comes to terms with the annoying habits of Prince Charming (who is played by David Walliams).

Robbie Williams will be hosting a Christmas extravaganza on ITV where he'll be helped along by a host of celebrity pals.