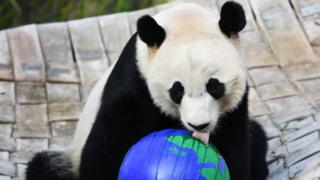 Why did the panda cross the world?

Well that's because China actually own all giant pandas across the world, regardless of where they were born.

Bei Bei, aged 4, is a panda cub who was born at the National Zoo in Washington DC but he will have to move from the United States to China on Monday.

He's flying in his own Boeing private plane dubbed the Panda Express and handlers will be feeding him his favourite treats during the trip.

And, believe it or not, the zoo is asking for song recommendations for a playlist for the long trip!

Quiz: How much do you know about pandas 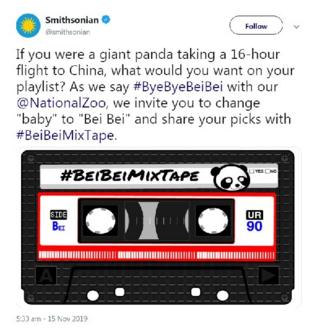 @smithsonian/Twitter
Who is Bei Bei?

Bei Bei was named by Michelle Obama and Peng Liyuan who were then the first ladies of the United States and China.

The panda's mother Mei Xiang and father Tian Tian both also live at the National Zoo, on loan from China. 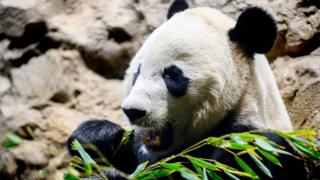 Getty Images
But why?

For years, China gave away pandas as diplomatic gifts to other nations - this is known as panda diplomacy.

Diplomacy refers to managing international relations between countries and these gifts can be part of that.

However in 1984, the Chinese government decided to lend pandas out rather than give them away. 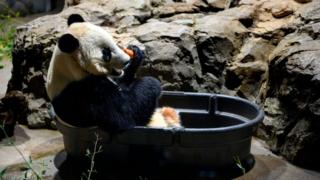 These means that whenever a cub is born to a loaned-out panda elsewhere in the world, it has to return to China at the age of 4.