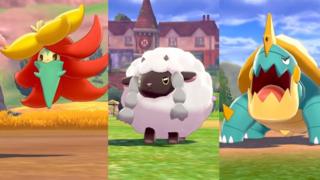 Did you know that many video game characters are inspired by real animals?

Pokémon Sword and Shield was released this week, and lot's of the new Pokémon have been inspired by UK wildlife.

Like Wooloo, which has been inspired by sheep, and Corviknight, by ravens.

This got us thinking about other games - Check out our list to see which animals have inspired some of your favourite characters!

Pokémon Sword and Shield is out!

Sonic the Hedgehog is back with a new look

How a hedgehog became a speed sensation 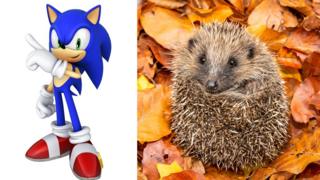 Getty/Sega
This prickly speedster is inspired by a UK favourite

The speedy blue hero Sonic takes his inspiration from the humble hedgehog.

There are seventeen different species of hedgehog around the world - but as far as we know, none of them can run as fast as Sonic! 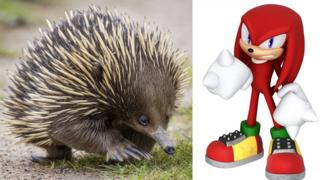 Sonic's pals are also inspired by animals - Knuckles is an echidna, and Tails is a fox.

Echidnas live in Australia and New Guinea; and are also one of only three mammals that can lay eggs! 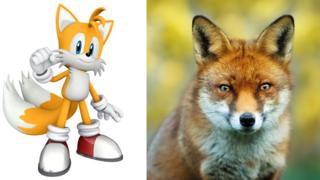 In some Japanese folktales the number of tails a fox has indicates how old and powerful it is. Maybe that's why Tails has two! 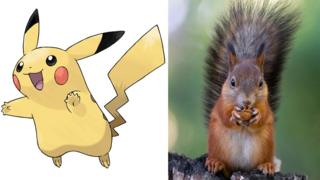 The game developers at Pokémon have taken a lot of their inspiration from animals.

For example, did you know Pikachu is inspired by a squirrel?

It's creator, Astuko Nishida, revealed that: "at the time, I was really into squirrels… squirrel tails are cute…so I made it shaped like lightening".

Other Pokémon like Mudkip and Drowzee are also inspired by animals. 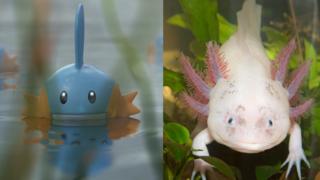 Mudkip takes some inspiration from the axolotl.

These strange looking salamanders can only be found in lakes and canals in Mexico.

Due to pollution, axolotls are classed as critically endangered in the wild. 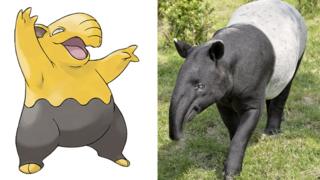 Drowzee is inspired by a Malayan tapir.

They are the largest species of tapir and are native to Asia.

Luckily real Malayan tapirs don't have the ability to hypnotise humans and eat our dreams! 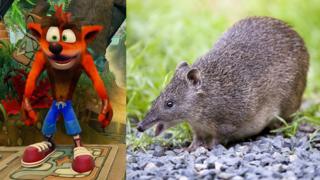 Getty/Activision/Crash Bandicoot/Sony
Can you believe this cuddly character was the inspiration behind Crash?

Crash and his sister Coco are based on the bandicoot.

These small furry marsupials are found in Australia and New Guinea.

There are about twenty different species of bandicoots and they like to eat plants, seeds, insects and spiders yum! 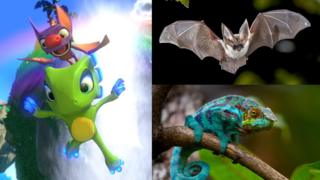 Getty/Playtonic Games
What a colourful combo these guys make!

Yooka-Laylee are a chameleon and a bat team!

Chameleons are a very special kind of lizard as some species can change their skin colour. They live in warm habitats varying from rainforests to deserts.

On the other hand, bats are the only mammals capable of continued flight, and can live for over 20 years.

There are over 1000 different bat species across the world!

Tau Herculids Meteor shower: How to see it and when!

Chat: We want to know what you're doing over half term!