Junior Bake Off: Who's made it to the final week? 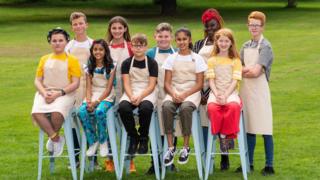 The ten bakers who've made it to the final week of Junior Bake Off have been chosen!

It's after five bakers, from the second heat (week two) made it through.

They'll all now be competing to be crowned overall Junior Bake Off winner.

What happened in Week Two? 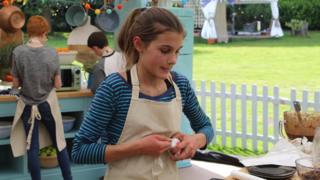 Like in week one, the five contestants took part in cake, biscuits, bread, desserts and pastries challenges.

There have been cakes dedicated to family, with Eliza's Swiss Mountain cake earning her star baker that day.

'A Sweet Bread Centrepiece Relating to the Baker's Favourite Hobby' category saw some impressive ballet shoes and even a camera made of bread.

There was also an amazing (if not slightly scary!) Harry Hill pancake challenge and some roulades inspired by the bakers' favourite seasons.

Nadiya and Martin chat all things baking - including edible slime!

What happened in week one of Junior Bake Off ?

Who is through to the final?
Amal, 13, from Essex

Self-taught baker Amal lives with her mum and dad in Essex. The only baker in her family, she was inspired to take up the hobby after falling in love with baking shows seven years ago. 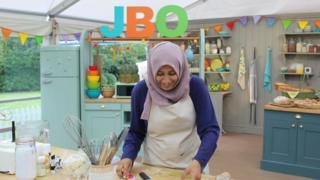 Aleena lives in Greater Manchester with her mum, dad, two brothers and her sister. Her family have been her chief taste testers since she taught herself to bake by watching YouTube videos at nine years old!

Maddie has been baking since she was just two years old - she was taught by her mum, grandmother and aunt. Inspired by her Jewish and French heritage, Maddie is known for her signature French Madeleines. 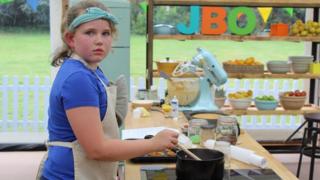 Tilly's earliest memory is baking with her granny. Her signature lemon drizzle cake is based on the recipe she passed down to her.

Eliza was introduced to baking at four years old by her gran who was famous for her strawberry and cream sponges. They sound tasty. 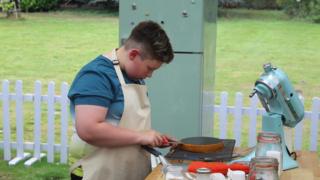 Finley has been baking for less than a year, but after teaching himself with YouTube videos and books it now fills most of his time.

Kian lives with his mum, dad and younger brother in Hull. Taught by his grandma, Kian started baking at 11 years old. 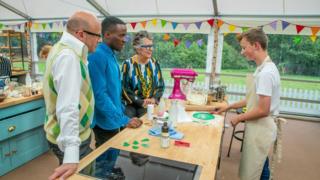 Tom began baking at eight years old when he was taught by his mum. After learning to make bread with his nan and becoming fascinated by the science of bread, Tiger rolls are now Tom's signature bake.

Tom's colourful and flamboyant style is inspired by his mum and grandma who taught him to bake at eight years old. His strengths lie with intricate techniques that have seen him making macaroons, palmiers and beignets.

Have you been watching Junior Bake Off? Who would you like to win? Let us know in the comments below.

I'm a Celebrity 2019: Who is your favourite jungle star?