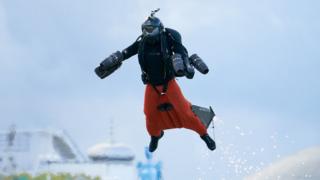 It's Guinness World Record Day (GWR) - check out some of these amazing new world records!

Since 2004 GWR Day has been about celebrating some of the record-breaking achievements that have taken place that year.

The theme for this year's GWR is "Spirit of Adventure ".

Record-breakers of all ages have been travelling around the planet and using some pretty creative methods of transport!

Take a look at some of the newest big achievements from across the globe.

The world's longest flight has landed!

Pictures: The biggest animals of past and present 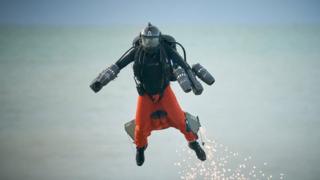 He flew along Brighton Pier in a special jet-powered suit which he'd built, at a whopping 85.06 miles per hour (mph)!

Richard smashed his previous record of 32.02 mph which he set two years ago. 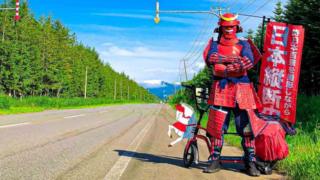 A man dressed in a red samurai suit is attempting to break the record for 'longest journey on a kick scooter' by scooting around Japan.

He started his epic journey from Hokkaido, the northern part of Japan, earlier this year.

He'll travel through 47 prefectures (areas) and around 8,000km in total!

The red samurai aims to complete his journey in February or March next year, when he arrives in Okinawa, the country's most southerly point. 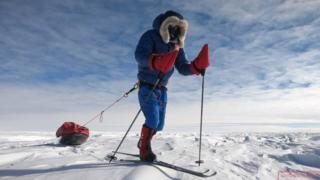 This is after he completed a 51-day expedition, travelling 1,130 km across Antarctica in temperatures as low as -30C!

He completed the journey by himself, without any help from a support team or sled dogs to help pull him along. 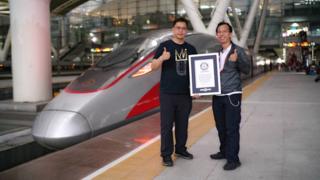 Two brothers from Hong Kong have just broken the record for 'greatest distance by train in 24 hours.'

Rickly and Richard Wong travelled a whopping 4967.8 km by train in just 24 hours.

They began their journey from Changsha and finished in Hezhou.

The high speed trains in China helped them to cover such a huge distance in such a short time, as they can travel up to 217 mph.

If you love world records, then try your hand at our quiz, and let us know how you do below!