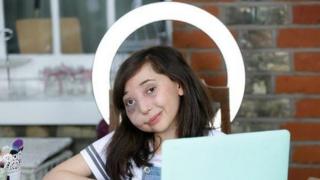 Bafta has announced that Nikki Lilly will become the youngest person to receive a Bafta Special Award.

Nikki Lilly is being recognised for her inspiring work as a YouTuber, presenter and charity campaigner.

At just 15 she will be the youngest person to receive a Bafta Special Award at this year's British Academy Children's Awards on 1 December at The Brewery in London. 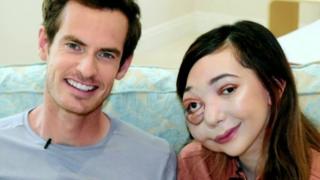 Sir Andy Murray opened up to Nikki about his mental health in June 2019
What is the Bafta Special Award?

The Special Award is the highest honour at the British Academy Children's Awards and people who've received the award in the past include Jacqueline Wilson and a little programme you may know called... Newsround.

It celebrates outstanding contribution to children's media and Nikki has certainly done that!

BAFTA stands for The British Academy of Film and Television Arts.

Nikki Lilly has been described as a "pioneer for her generation" and has put herself in the spotlight since the age of eight, where she's made videos on a range of topics such as disability, cyber bullying, mental health, baking and beauty.

Her positivity is felt by many people and she has spoken about her own personal challenges of living with a life-threatening condition called arteriovenous malformation (AVM). 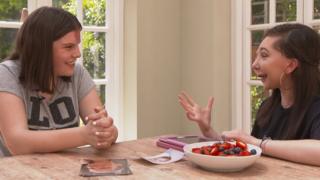 Nikki speaks openly about facial disfigurement and how to overcome challenges

Nikki said, "I wanted to show that despite what life throws at you, you can make the most of every day".

She is also proud that she's "been able to give hope, showing people that they are enough and to be proud of who they are".

Nikki Lilly was born with AVM, which is when someone has abnormal and poorly formed blood vessels which disrupt normal blood flow and oxygen circulation.

As a result there is a visible difference to her physical appearance with one side of her face looking different to the other.

Nikki Lilly: It's important to show life's tough side 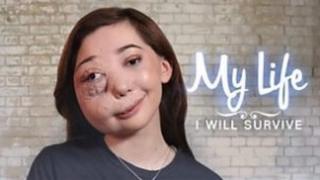 Despite this, her condition has not stopped Nikki from inspiring others.

After Nikki won CBBC's Junior Bake Off, she has twice been the subject of My Life documentaries. The first one was called Born to Vlog in 2016, which was Bafta-nominated and won the International Emmy Kids Award. The second was I Will Survive in 2018.

Since 2018 Nikki has been presenting her own BBC show called 'Nikki Lilly Meets...', where she has interviewed important people like Theresa May and Jeremy Corbyn. 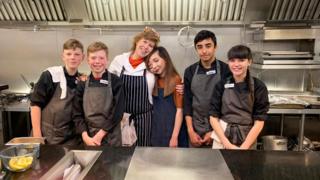 She has also helped establish a charity raising awareness of AVM.

She has continued to fulfil her goals by continuing to be an inspiration for young audiences and has raised awareness of how people should celebrate their differences and be proud of who they are.

Anti-Bullying Week: 'Change starts with us'