Cows swim to safety after being washed into sea 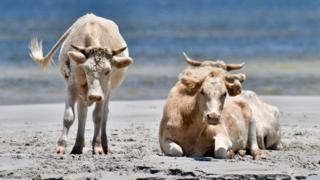 Three cows from North Carolina in the US have surprised people after surviving Hurricane Dorian.

North Carolina was hit by Hurricane Dorian on 6 September, which meant that the coast was hit with heavy rain, strong winds and flooding. 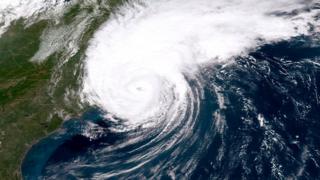 This largely affected the Outer Banks, which is a chain of narrow barrier islands off the main coast, where floodwaters covered the land and some animals were swept in to the sea.

However, three of the cows that went into the water, miraculously survived. They were discovered by residents and national park officials at the Cape Lookout National Seashore park on the Outer Banks.

But how did they get there? 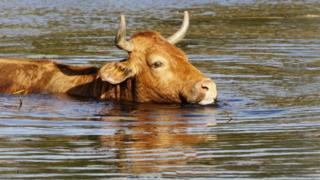 Getty Images
Cows are known to be able to swim but it extremely rare for one to swim for miles!

Park spokesman, B.G. Horvat, believes that the cows arrived at the park by swimming at least two miles across the Core Sound from Cedar Island.

Horvat went on to say, "If the cows could talk, imagine the story they can tell you of enduring that rush of water" and mentioned that the animals were lucky not to have drifted into the Atlantic.

The Comedy Wildlife Photographer of the Year 2019: The winners have been announced