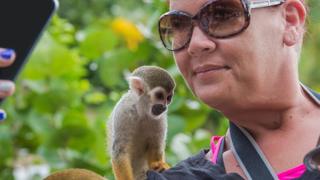 Social media is filling up with people showing off their selfies with cute and bizarre animals from all over the world but what is the impact of this on animals?

Costa Rica has started a campaign to stop people from taking animal selfies, as there has been a rise in tourists picking up wild animals to take pictures with them. 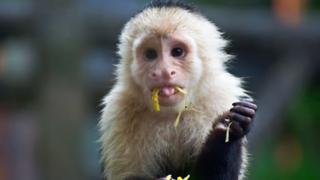 Getty Images
Selfies with animals can disrupt their natural habitats

The Vice Minister of MINAE told CNN Travel that "our visitors must know the negative impact caused by selfies and photos showing direct contact with wild animals". 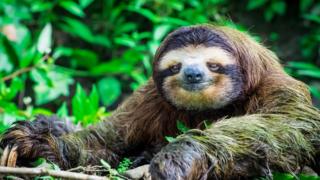 Getty Images
Costa Rica hosts more than 500,000 animal species!
Why is it a problem to take animal selfies?

The campaign asks tourists to treat wild animals with respect. It may scare the animals when they are picked up unexpectedly.

There is also a risk of diseases being passed between humans and animals when they closely interact with one another.

Another problem is that locals have now started to capture animals illegally and force them to live in unnatural environments, in order to make money from tourists who are desperate for selfies.

What are emotional support animals?

How can we be more respectful of animals?

The National Parks Conservation Association (NPCA) has tips on how you can enjoy wildlife safely and respectfully. For example, when visiting wildlife sites, you should try your best to keep a safe distance.

It's important that you don't take them away from their natural habitat, don't feed them or try to get their attention with sounds. 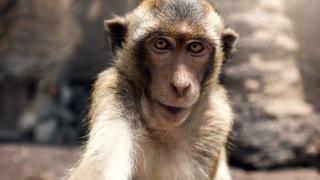 To support the campaign, people are being encouraged to pose with stuffed animals on social media, adding the hashtag #stopanimalselfies, with the caption "I do not mistreat wild animals for a selfie."

Let us know what you think about the campaign.

Do you think more people should consider the safety and wellbeing of animals before taking pictures with them?

Yorkshire pudding dogs and other foods that look like animals!