Premier League: Ways your football club is helping the environment 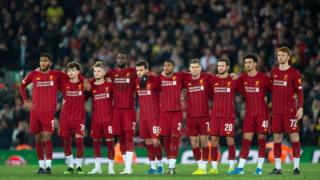 What are England's leading football clubs doing to help the environment?

The BBC has been looking at the sustainability of Premier League football clubs.

In 2020, there's going to be a big conference called the Sport Positive Summit, where people will talk about how well Premier League clubs are doing at being green.

Clubs have been asked to provide information about things like clean energy, energy efficiency, sustainable transport and single-use plastic.

Guess what this football pitch is made of

We've had a look at some of the things clubs are doing to make sure they're helping the environment, and some of them are pretty cool!

Arsenal: Switched to renewable electricity in 2017 and say they're the first club in Europe to install a battery storage system, which can power the stadium for a 90-minute match.

Burnley: Some of the first team players have started a car share, which means they take each other to work and take it in turns driving.

Liverpool: They have no single-use food packaging. They use trays made out of compostable palm leaf and maize instead.

Manchester City: They created wildlife corridors at City Football Academy, now lots of different moths, butterflies and bats live there, and a few birds, too.

Manchester United: They say their yearly carbon emissions have been reduced by more than 2,000 tonnes.

Newcastle: Declared itself the world's first 'carbon positive' club in 2012, investing in projects like tree-planting

Norwich: The Norwich pitch is watered via a bore hole and the training ground recycles the water from the pitches.

Southampton: St Mary's was the first LED-lit stadium in Europe.

Tottenham: They installed a green roof of flowering plants at their training centre. 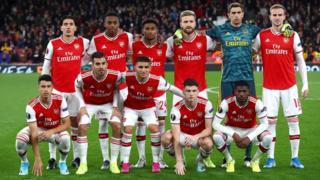 The clubs were awarded one point in every category that they were improving sustainability, and Arsenal came out on top, Manchester City were second and Manchester United were third.

This is the first time this kind of information has been made public.

Plastic: The football pitch made from recycled cups