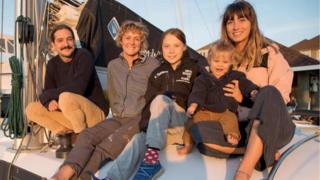 Greta Thunberg has found a way back to Europe after being offered a ride by an Australian YouTube couple on their boat.

She will now continue her low-emissions voyage from American to the UN climate conference in Madrid.

The 16-year-old climate activist had previously become stranded in the United States after the location of the conference was unexpectedly changed from Chile to Spain at the last minute.

"It turns out I've travelled half around the world, the wrong way," she said at the time.

Find out more about Greta:

Why has Greta Thunberg turned down an award? 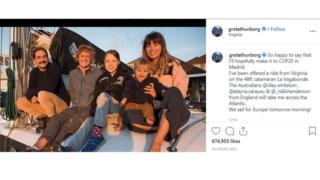 Thunberg initially travelled from her native Sweden to America by yacht in August. She has since travelled across the Americas using trains and an electric car.

She will set sail for Europe immediately with the help of Youtubers Riley Whitlum and Elayna Carausu and Englishwoman Nikki Henderson - who is a professional yachtswoman.

They are YouTube's most popular sailing vloggers, with more than a million subscribers.

Greta defends herself against internet trolls