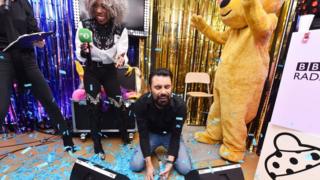 This is the moment Rylan finished his Children in Need challenge

It looks like Children in Need 2019 is certainly something to make a song and dance about.

Or so Rylan Clark-Neal seems to think! The Supermarket Sweep and It Takes Two presenter has been doing a karaoke challenge for 24 hours non-stop!

His Ka-RY-oke Challenge started at 9:15am on 12 November and ended at the same time on 13 November.

Children in Need: All you need to know!

What can you do for Children in Need?

Children in Need: Rickshaw challenge, what's it all about?

Rylan Clark-Neal/Twitter
When he finished, Rylan thanked his followers for their support
What is 'The Great Ka-RY-Oke Challenge?

It's a challenge Rylan set himself to raise as much money as possible for Children in Need.

He wanted to to sing as many karaoke songs as possible in 24 hours - whilst encouraging people to donate lots of money! 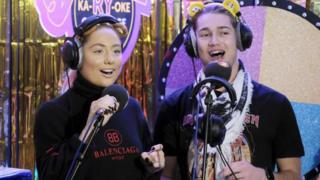 Loads of celebs and pop stars came and joined in to give him support. 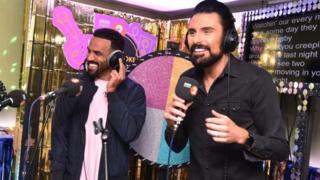