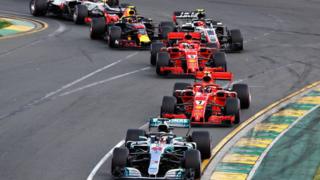 Formula 1 said it wants to become carbon neutral by 2030.

Being carbon neutral means removing as much carbon dioxide from the atmosphere as you put into it.

F1 organisers want to wipe out their carbon footprint at race tracks and help fans get to their events in greener ways.

What is a carbon footprint?

A carbon footprint is how much carbon dioxide an individual or organisation releases into the atmosphere.

Carbon dioxide is a gas that contributes to climate change.

It's produced when fossil fuels are burned to make electricity and gas, and by planes and cars.

Cutting down on flights, saving electricity, using public transport and buying food that's not flown from other countries are all ways to reduce your carbon footprint.

Racing bosses also want their events to be sustainable by 2025 and say they'll get rid of single-use plastics and ensuring all waste is reused, recycled or composted.

As part of their target to become carbon neutral, F1 said it wants to create the "world's first net zero-carbon hybrid internal combustion engine" - an engine that doesn't create a lot of carbon dioxide.

Earlier this year F1 star Lewis Hamilton said he wants to be carbon neutral by the end of 2019. 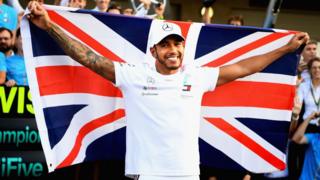 He spoke to journalists about his growing concerns over the environment and said he has changed aspects of his lifestyle to try to help cut his carbon footprint, which has included selling his private plane and introducing a ban on plastics in his daily life.

Do you think F1's plan sounds sounds like a good idea? Let us know what you think in the comments below.