Climate change: Changing ship speeds could help save the planet 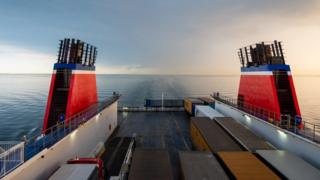 Lowering ship speeds could help towards reducing climate change, according to a new report by scientists.

A reduction in speed of around 20% across the world could not only cut greenhouse gasses, but also reduce pollution that damages human health.

Shipping is responsible for transporting 80% of the world's food and other products.

However, the industry produces close to 3% of the world's global warming gases - that's roughly the same amount generated by Germany. 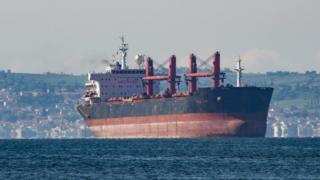 As ships travel more slowly they burn less fuel, which means there are also savings in other harmful gases including black carbon, sulphur and nitrogen oxides.

People who make decisions for the United Nations are meeting in London this week to consider proposals.

The new research has been done by a campaign group called Seas at Risk and Transport & Environment, and it builds on existing research.

This speed limit would also cut underwater noise by 66% and reduce the chances of whale collisions by 78%.

Experts believe that in the long term, the industry will move to alternative fuels rather than fossil fuels.

But there is a lot of pressure, including from many countries and shipping companies, for effective short term measures to curb emissions pollution in the meantime.