Junior Bake Off: What's been happening and who's going through to the next round? 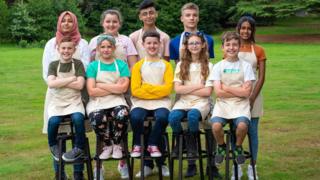 Five bakers have gone through to the third week of Junior Bake Off after a dramatic week of heated baking.

At the end of week one, from ten bakers, Amal, Aleena, Tilly, Maddie and Vaughn will go through to the third week.

In week two, ten more bakers will be whittled down before a winner is picked in the final week.

What happened in week one?

The first week has been full of drama, creative cooking and a double elimination in the second episode.

Judges Liam Charles and Prue Leigh were so happy with the first day's bakes that nobody went home, but that meant sadly a double elimination of George and Oliver on day two.

While dropped bakes are rare on the adult GBBO, on the junior show there have been multiple falls including three in one episode!

Stars turn out for Frozen 2 premiere in LA

The accidents didn't go unnoticed with one viewer on social media commenting:

'I love how on #BakeOff if someone drops a bake on the floor they always make it again and don't serve it - but on #JuniorBakeOff the kids just whack it back on the tray and serve it anyway #TwoSecondRule.' 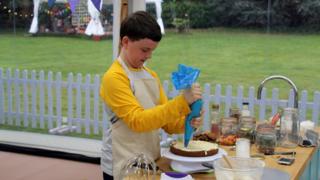 The bakers have been producing some amazingly creative bakes including a showstopper cake based on their favourite school subjects and some illusion biscuits.

Oliver won star baker in the first episode with his lemon and lime art-astic surprise cake.

The illusion biscuits were based on the bakers favourite food and judging by the entries pizza is very popular! Three of the contestants went for pizza-themed biscuits. 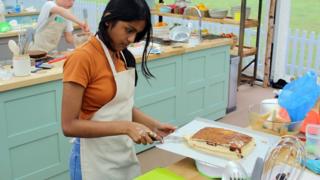 Of the ten contestants, 13-year-old Amal from Essex, 15-year-old Aleena from Greater Manchester, 9-year-old Tilly from Bath, 13-year-old Vaughn from County Durham and 11-year-old Maddie from London all made it through to the third episode.