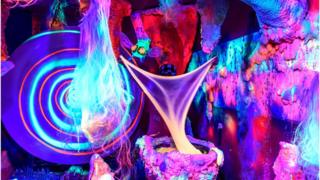 For people who just can't get enough of slime, a pop-up slime museum has opened in New York where people can play with as much of it as they can handle.

The Sloomoo Institute describes itself as "a sensory playground centred around slime".

It has a DIY slime bar where people can make their own slime, a glow-in-the-dark cove and demonstrations of everything slime can do.

Slime star reveals how she makes her videos

Is your slime eco-friendly?

The lab gives groups a chance to play with slime together and shoot slow-motion videos of them playing with it.

There's even a Slime and Repeat wall where visitors make their own modern art by adding slime to a wall, already coated with the squishy stuff. 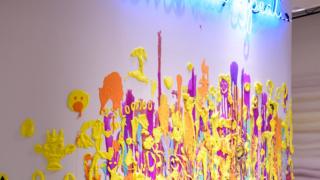 The museum has a tunnel with calming sounds and visuals and a waterfall created by an artist with slime which has hardened.

There's even a slime waterfall where people can get completely covered in slime. Sounds messy! 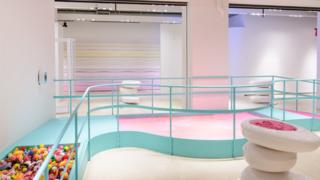 For those who don't want the full waterfall experience there is a lake of slime people can dip their feet into.

And if you've wondered where they got their name, the institute explains on their website: "Sloomoo comes from a funny thing we see slimers do on social media, where they say, "replace the vowels of your name with 'oo' and that is your slime name. Slime = Sloomoo!"

So we'd be Noowsroond! We're not sure if that new name will stick...

How to make eco-friendly slime

Sweden's selfie museum: Unusual museum exhibits from around the world

Slime: What you can do to make sure yours is safe

Bieber is getting his own exhibit in a museum!

The Home Alone house and other amazing places to stay!