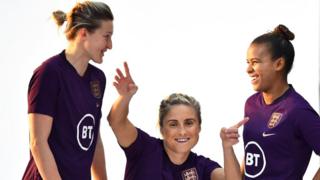 The England Lionesses play Germany in a potentially record-breaking match this weekend.

The World Cup semi-finalists have sold out Wembley stadium for the occasion.

England have always struggled against Germany, with the Germans beating them in 20 out of 25 meetings.

Here are all the important numbers you need to know about before the game. 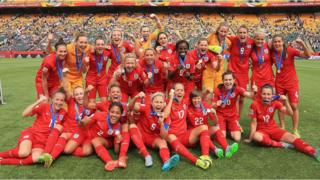 If England beat Germany, it'll be the first time they've ever managed to do so on home turf.

Their rivalry in women's international football began in 1984, but for 31 years the Germans dominated with 15 straight victories.

In fact, it took 21 matches before England managed to beat Germany - the third-place play-off at the 2015 World Cup in Canada. 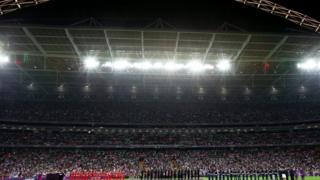 Getty Images
80,203 turned up for the 2012 Olympic final between the United States and Japan

The 90,000 capacity Wembley stadium is sold out for the game.

The turnout could beat the previous record of 80,203 for the 2012 Olympic final between the United States and Japan.

England were watched by 45,619 when they lost to Germany in their previous appearance at Wembley in 2014. 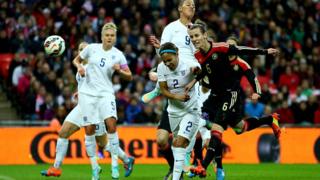 In less than two years' time, the Lionesses will be playing in a European Championship on home soil in England.

But, if they want to win the competition on home turf, they're likely going to have get past the Germans.

Germany have won the Euros eight times and are the highest-ranked European side in Fifa's women's world rankings. 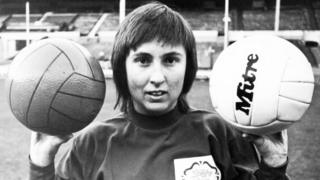 Getty Images
England vs Scotland was the first international match in Britain. Here is a picture of England goalkeeper Sue Buckett.

The first official women's international football game in Britain was played in 1972.

It was one year after the Football Association lifted the ban that stopped women playing football.

England's women won beating Scotland 3-2 in Greenock - a huge moment for football in the UK. 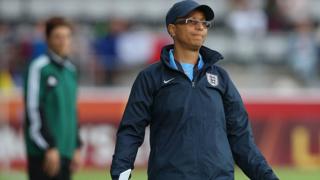 She helped her team get to the quarter-finals of the 2005 and the 2009 European championships.