Children in Need: Rickshaw challenge, what's it all about? 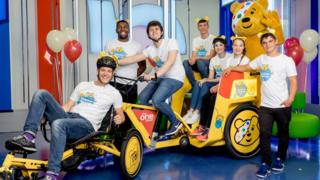 The new and improved Children in Need rickshaw!

Children in Need fundraising is in full swing, and this year the Rickshaw Challenge is back... but this year there's been some changes.

Matt Baker, from The One Show, and a team of young volunteers set off 8 November, 2019.

They will ride 400 miles, over 8 days, across Britain.

The team start in Holyhead, in Wales, and are hoping to raise lots of money for Children in Need, as they make their way to the finish at BBC Elstree Studios.

Want more about Children in Need? Check these out

What can you do for Children in Need?

Why did Taylor Swift visit a London recording studio?

Everything you need to know about Children in Need 2019

What's so special about the Children in Need rickshaw? 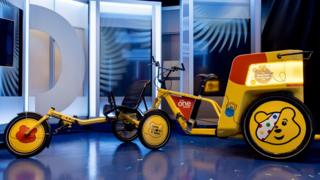 McLaren have made a super special rickshaw for Children in Need

A team of engineers at McLaren custom built the Children in Need rickshaw. This means that pretty much anyone can ride it.

Not only can people with different levels of mobility ride it but those who are blind or visually impaired can too!

There's a special tricycle attached to the rickshaw for a guide rider.

Having guide riders means the visually impaired members of the team can pedal the rickshaw safely.

The guide rider takes care of the steering and braking so the rider can concentrate on that all important peddling!

I'm determined to prove that being blind should never be a barrier and I'm really looking forward to being part of Team Rickshaw. 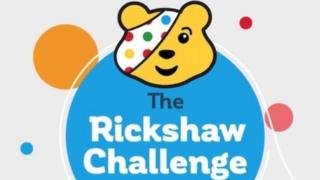 There's a couple of big landmarks in this year's route.

The riders will take on the steepest street in the world in, Harlech, Wales, cycle through the highest village in the U.K - Flash, in the Peak District.

Along with Matt, the six young riders all hope their inspirational stories will encourage others to believe in themselves.

As well as raise lots of money for Children in Need, of course.

I hope that I can inspire other young people who have been through a similar experience to me and show them that you can achieve whatever you set your mind to. I'm excited to be a part of Team Rickshaw 2019 and am looking forward to seeing people out on the road cheering us on!

So what is a Rickshaw? 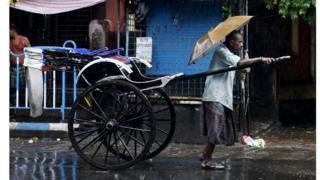 Getty Images
The Children in Need rickshaw is a little different to this one!

Well, rickshaw is actually a nickname for cycle rickshaws.

They usually have two wheels and carry passengers.

They were invented in Japan way back in 1869, by a man called Jonathan Scobie.

You can follow the rickshaw challenge journey from 7:00 pm November 8 2019, on The One Show!