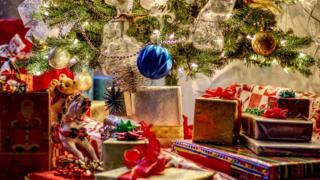 With all the gift giving, delicious food and festive decorations, Christmas can truly be one of the most wonderful times of the year.

However, all of that can lead to a lot of plastic waste.

Parents are expected to spend around £5 billion on toys for Christmas this year, but with lots of gifts comes lots of plastic packaging - 25,000 tons to be precise!

It's estimated that 226,800 miles of wrapping paper will be thrown away this Christmas - that's enough to go around the world nine times!

Lots of this plastic wrapping is likely to end up in our oceans, posing a risk to marine life.

So some schools across the country have decided to make a stand.

Many are taking part in a national campaign fronted by the children's environmental charity, We Are The Voice, to help tackle plastic pollution.

The charity believes toy manufacturers need to take more responsibility for the products they make. 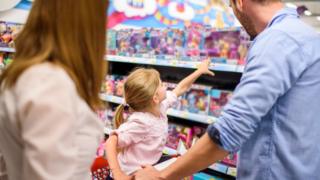 Children are being encouraged to write messages to manufacturers asking them to stop using all single-use plastic wrapping.

"We believe children should have a voice in their futures. They feel overwhelmed by the amount of plastic going into our oceans and environment," said a spokesperson from the charity.

"They love their toys, but not the wrapping. They will be asking UK toy manufacturers to cut out plastic wrapping."

The campaign has been launched ahead of Christmas but the charity wants it to carry on after the festive season is over.

Vote: Has Christmas started too early?