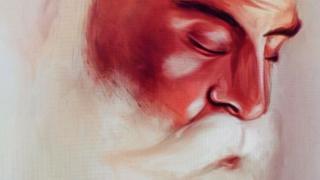 This year, Sikhs all over the world are celebrating 550 years since the birth of Guru Nanak Dev Ji. But who was he?

You might've heard people refer to him as 'Guru Nanak.' The 'Dev Ji' part is added as a mark of respect.

What is Kumbh Mela?

What Vesak means to you

We visited a Sikh school and Gurdwara - a Sikh place of worship - where the children have been learning all about the founder of the Sikh faith.

We wanted to find out more and see how they are marking this special occasion. 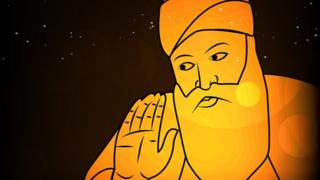 Guru Nanak Dev Ji was born in a Hindu family in the year 1469 in North Punjab (which is now in Pakistan since 1947).

When he was thirty years old he mysteriously disappeared for three days.

Then, when he reappeared, he began to preach the Sikh faith.

Guru Nanak Dev Ji spent the rest of His life teaching, writing and travelling around the world to discuss religion with Muslims, Hindus and people of other faiths and of no faith.

Why is he important? 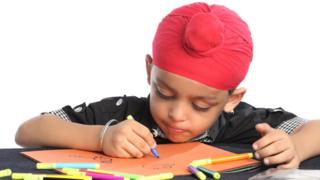 Guru Nanak Dev Ji is important because he founded Sikhism.

Sikhism is still based on His teachings and those of the nine Sikh Guru who followed after Him.

How are people celebrating his birthday?

Guru Nanak Dev Ji's Gurpurab is usually in November every year and occurs on the day there is a full moon. In 2019 it will take place on Tuesday 12 November.

Sikhs worship in buildings called Gurdwaras. During Gurpurab these Gurdwara are decorated with flowers, flags and lights.

On the morning of the anniversary, celebrations begin really early and people sing hymns, read poems and there are lectures on Sikhism. 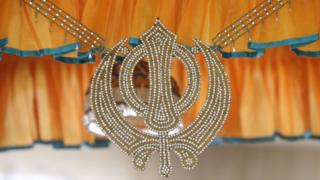 Getty Images
This is the symbol for Sikhism, it's called the Khanda
What is Sikhism?

Sikhs believe in one God who guides and protects them.

They believe that your actions are important and you should lead a good life by following three main principles.

They include living honestly and working hard, remembering God at all times and being generous to those less fortunate than you by sharing your time and wealth to charity.