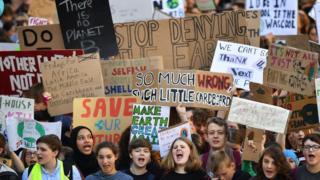 "Climate strike" (and yes it is actually two words!) has been named the Word of the Year for 2019.

It's been given the status by the Collins Dictionary.

Each year lexicographers - the people who put the dictionary together - examine the millions of words that have been used by people in things such as newspapers and social media posts. They then put together a list of 10 new key terms.

2019 is the second year in a row that an environmental word has been chosen. 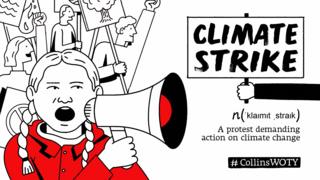 "Climate strike" came out on top this year, after it was used on average 100 times more this year than in 2018.

The term refers to a protest which calls for action on climate change.

The strikes have become increasingly popular, with climate activists like Greta Thunberg inspiring protests all over the world. 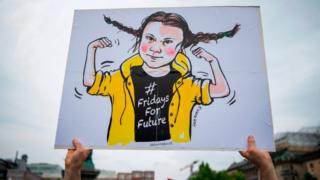 Which other words made the cut?

The term "non-binary" also made the shortlist. It refers to people who don't identify as either male or female.

Non-binary people may choose to use the pronouns "they" and "them" instead of "he" or "she". Singer Sam Smith came out as non-binary earlier this year. 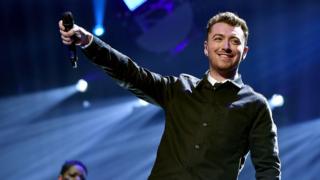 Bopo: A movement - all about body positivity - which encourages people to be proud of the way their bodies look.

Cancel: To publicly stop paying attention to a person or company, especially on social media, to show disapproval of their activities or opinions.

Deepfake: A technique which involves one digital image or video being superimposed onto another, which maintains the appearance of an unedited image or video.

Rewilding: This means returning areas of land to a wild state, including the reintroduction of animal species that are no longer naturally found there. 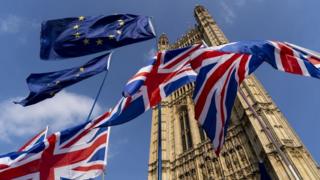 Getty Images
Brexit has also been a hot topic this year

Yep, there's no getting away from it! This year, the Collins Dictionary team has also put together the Brexicon.

It's a list of words linked to Brexit which have all been used since the EU referendum in 2016.

Brexiety - anxiety triggered by concerns about Britain's withdrawal from the European Union.

Flextension - an informal agreement to extend the time allowed for payment of a debt or completion of a contract, setting a new date that can be altered depending on future events.

Chillax, whatevs and Jedi: New words added to the dictionary

2 days ago2 days ago
66
Newsround Home