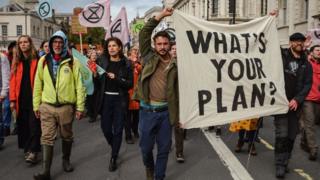 The environmental group Extinction Rebellion has won a court case against the Metropolitan Police over a ban on protests in London.

The police had banned the group from protesting in the UK's capital last month using rules which made it illegal for two or more people from the group to take part in protests.

The Met Police arrested hundreds of activists following the ban but it was lifted four days later when demonstrations ended.

However, judges in the High Court said that the polices' actions were against the law and police had no power to stop the protestors activities.

Click here to find out more about WExtinction Rebellion?

According to the Met Police, last month's protests cost them more than £24 million and used up lots of police officers that some people felt could have been better used on other things.

The protests led to over 1,800 arrests, with 165 people charged with offences.

During the court hearing, the force had argued that the ban was the only way to tackle the disruption the group was causing.

However, judges decided to rule in favour of of Extinction Rebellion.

Who are Extinction Rebellion? 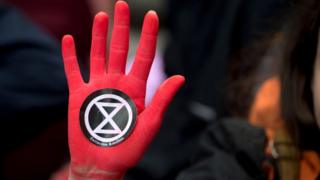 Extinction Rebellion is an environmental campaign group which aims to get those in power to take action against issues relating to climate and the environment.

It was launched in 2018 and says it now has groups in several other countries.

Their logo is an hourglass inside a circle to symbolise that time is running out for many species.

Eco-friendly: Five ways people are trying to help the environment by cleaning up waste

Greta Thunberg: Why has she turned down an award?