The Queen's wardrobe is going fur-free 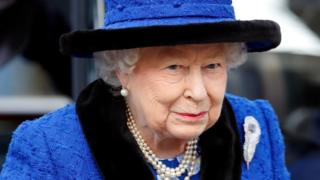 Queen Elizabeth II is known for her put-together outfits and animal fur has been a part of her wardrobe for years.

For decades many of the her coats, hats, wraps and scarves have been made using it.

However, Her Majesty's senior dresser Angela Kelly has revealed that the Queen has now gone fur-free.

What is the fur industry?

It is not illegal to buy or sell fur, but fur farming has been banned in the UK since 2000.

The fur industry involves certain animals being farmed, trapped or killed for their fur.

Their skin is then processed to be used to make fur products.

The fur industry has been strongly criticised because of its links to animal cruelty.

Many high-profile fashion designers have banned fur from their products in recent years.

Buckingham Palace has confirmed that from now on the Queen will only buy clothes that have fake fur on them.

However, this doesn't mean she'll stop wearing it altogether.

This means we could still see the Queen wearing items including coats, hats and her ceremonial robes.

Should animals be used in a circus?

The ultimate guide to looking after your pets

This latest change to the Queen's wardrobe follows recent announcements by a number of fashion brands who have also decided to stop using fur.

The news has been welcomed by animal rights activists and charities.

Animal welfare: California will become the first US state to ban fur products

Queen's birthday: The Queen in 92 seconds

Royal family rules: What are they allowed to do?