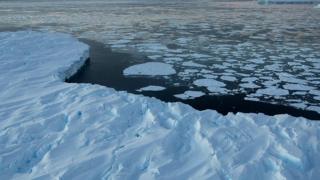 More than 11,000 scientists from across the world have shown support for new research which says the world is facing a climate emergency.

The study looks at climate change over the last 40 years and the impact it's had on our planet.

According to the research, the climate crisis could have bad consequences if more action isn't taken to tackle the issue.

Many of the conversations around climate change focus on the temperature of the Earth's surface, but researchers involved in this latest study say this isn't enough.

They've looked at lots of different types of data to help give them a clearer understanding of how climate change is affecting the world today.

The study focuses on a range of key factors including the growth of human and animal populations, meat production, global tree loss, fossil fuel consumption and carbon dioxide levels.

What progress has been made so far?

The research suggests that some positive changes have been made to help tackle climate change, for example a big rise in the use of renewable energy sources like wind and solar power. However, fossil fuels are still the main energy source by far.

Researchers also highlighted recent strikes by school children and action taken by climate change groups as encouraging, but they believe that it's both the big decision-makers like governments and people across the world that need to respond to climate emergency warnings to help protect the planet.

"An emergency means that if we do not act or respond to the impacts of climate change by reducing our carbon emissions, reducing our livestock production, reducing our land clearing and fossil fuel consumption, the impacts will likely be more severe than we've experienced to date," said lead author Dr Thomas Newsome, from the University of Sydney.