If you have a drone, read this! 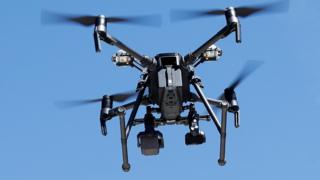 A new set of rules are being brought in for kids and adults who own and fly drones.

From 30 November, everyone wanting to use one will have to take a test to show they can do so "safely and legally".

If the new rules are broken, then people can be fined.

Children and adults who use drones now have to pass an online theory test and be registered as a drone operator.

The new regulations are from the Civil Aviation Authority (CAA) - they're the people responsible for monitoring air traffic and develop the rules that apply to drones.

They apply to anyone responsible for a drone or an unmanned aircraft such as a model plane weighing at least 250g.

Those who register will get a unique ID which must be displayed on their gadget. 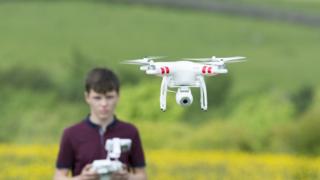 Getty Images
Boy flying a drone
What is the test like?

The test is done online.

It has 20 multiple choice questions and should take around 20 minutes to complete.

To pass, the person taking it, needs to get 16 out of 20 correct! But the test can be taken more than once.

We have been calling for drone registration for some time now as we believe that in the same way that other vehicles - be it those in the air or on the ground - are registered, so should drones."

Why are the new rules needed?

The CAA decided that there should be some stricter rules about who can and can't fly a drone.

With more and more drones being spotted near airports - where they can cause problems - it is important to have stricter rules.

In December 2018, 1,000 flights were cancelled or diverted for 36 hours, after reported drone sightings in the airspace of Gatwick airport.

140,000 passengers had to change or cancel their travel plans because of the sightings.

This new online safety test has been designed to make sure those flying drones and other aircrafts will do so safely.

This was to prevent the devices causing trouble at the airports.

How robots and drones are changing deliveries

What else can the registration be used for?

As well as keeping drones and other devices flying safe and legal, the new rules will come in handy for lost devices.

Once a device has been registered and has its own ID number, it'll be easier for it to be returned to the right place!