Strictly Come Dancing: What are the celebrity couples dancing to this week? 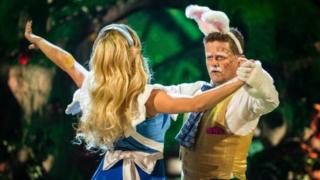 Will Mike Bushell and Katya Jones avoid the dance off?

Can you believe it's already the eighth week of Strictly Come Dancing 2019?!

We can't either and if you can't wait until Saturday then don't worry we've got you covered.

Here's a list of the dances the celebrities are hitting the dancefloor with this week.

Strictly 2019: Everything we know so far

Neil Jones should hopefully be back dancing with Alex Scott after he's been out with an injury.

They'll be doing the Jive to Let's Twist Again.

It's a Viennese Waltz for CBBC presenter Karim and Amy. Their song choice is Give Me Love by Ed Sheeran.

They'll be hoping the judges are going to give them some love! 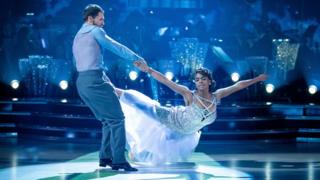 YouTuber Saffron and AJ are doing a Waltz to Your Song by Ellie Goulding, while Emmerdale actor Kelvin will be performing a Salsa with Oti to Let's Hear It For the Boy.

Soapstar Emma will be doing the Couples' Choice this week with Anton. They've picked a Theatre/Jazz routine to Right Now by The Pussycat Dolls.

Michelle and Giovanni will be performing an American Smooth to I Just Want to Make Love to You.

Comedian Chris will have to keep a straight face for his Tango with pro Karen. They'll be dancing to Survivor and hoping to make it through another week.

Sports presenter Mike Bushell and his partner Katya have got a Paso Doble choreographed to Tamacun. They'll be hoping to avoid another week in the bottom two!

There'll also be a special group number at the weekend to mark Remembrance Day with the professional dancers performing to Time After Time.

The results this week are a big deal because the couples who make it through, will get to perform on one of Strictly's biggest nights - the Blackpool special.

Who do you want to top the leader board this week? And who would you like to see perform on one of the most iconic dancefloors in the world? Let us know in the comments below.