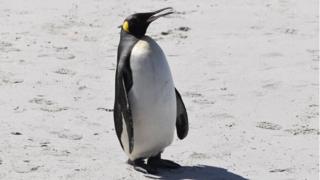 A king penguin has had to be moved to a secret location after attracting too much attention!

The penguin has become a bit of a social media star, since it mysteriously turned up on a South African beach on Wednesday 30 October.

Adventurous animals and their epic journeys!

Many have been intrigued by the seabird as it had travelled around 1,200 miles away from its closest colony.

When it first arrived, it waddled its way off Cape beach and into a car park, where it was rescued and put into Cape Point Nature Reserve. 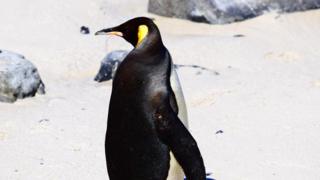 Since then, images of the penguin have been popular on social media.

So much so, it's inspired people to fly from the other side of the country to take a look and capture that social media-worthy selfie with the penguin itself.

As a result, it's now had to be moved to a secret location!

Happy Feet! The penguin who got a new boot.

Two cheeky penguins have to be removed from sushi bar - twice!