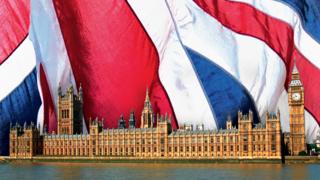 Campaigning for the 2019 general election has officially started

People and politicians across the UK are gearing up for the general election on 12 December.

The election means adults will get the chance to have their say on who they would like to run the country.

Now Parliament has been dissolved, Members of Parliament (MPs) will stop being MPs for a while.

They will then need to be voted in again if they want to continue as an MP - they'll be trying to win as many votes as they can.

This campaigning has now officially started, so what can you expect to happen in the next few weeks?

Why did MPs vote for a December general election?

Debates on the TV 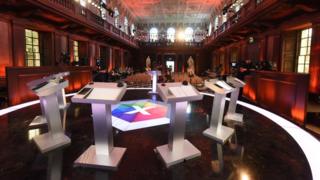 The last leaders' debate before a general election happened in 2017

The party leaders and the candidates who want to be MPs will probably pop up on your TV quite often.

They'll be taking part in debates and interviews trying to encourage as many people as possible to vote for them.

The debates can be really interesting to watch because the party leaders are asked about what they would do if their party wins the election and they run the country.

Leaflets through your door 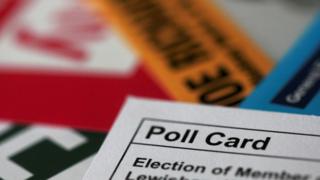 You might find a few more leaflets are posted through your door during the next few weeks.

That's because political parties want to let people know what their plans and policies are.

One way to do that is do write down their main points, and post them through letterboxes. 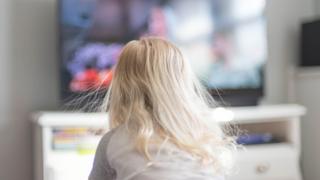 Getty Images
There'll be one main topic on TV until December

The news might start to look a bit repetitive.

There will be A LOT of talk about the general election, and probably Brexit too.

You'll also see a lot of the same faces as the party leaders and candidates are interviewed more than usual.

Programmes and news reporters will do their best to explain what's going on, but even political experts aren't sure they can predict what the outcome of the election will be.

Luckily, you've got Newsround to help you make sense of it all!

Leaders will tour the country

Leaders of the political parties will leave the House of Commons and travel across the country to meet people (potential voters!).

They'll try and talk to as many different people as they can and hope they can persuade them to vote for them.

That means you might see politicians in your local area; shaking hands with people and even taking selfies. 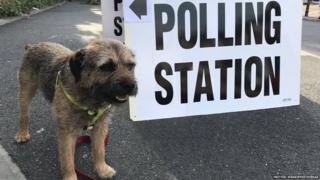 Whilst adults are inside placing their votes their dogs (and cats!) are often seen waiting patiently outside.

But you won't see these guys until 12 December, the day when people cast their vote.

General Election 2019: How do you become an MP?