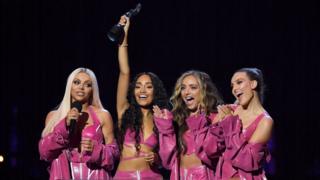 To mark the 40th Brit Awards show there'll be a whole host of changes to next year's ceremony.

It will take place on 18 February 2020 at London's O2 Arena, and organisers say there'll be less awards but more music.

More on the Brits

The Critics' Choice Award has been renamed as the Rising Star Award and next year the winner will also get to perform during the main show.

Famous winners of the Critic's Choice Award in the past include Adele and Ellie Goulding.

Winners of awards will get the classic Lady Britannia Brit statuette. The classic statuette used to be handed out but since 2011 a different version has been created each year by a guest designer. This year's design hasn't yet been unveiled.