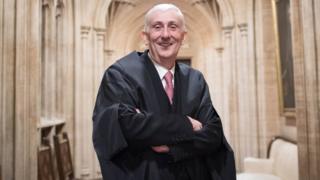 There's a new Speaker of the House of Commons.

The Speaker has a really important job, they basically act like a referee in Parliament.

So how much do we know about Lindsay Hoyle? Here's everything you need to know!

What is the House of Lords? 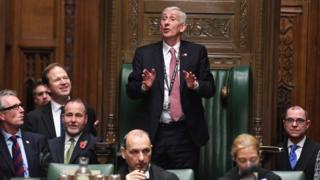 Sir Lindsay Hoyle was elected as an MP for Chorley, in Lancashire, in 1997.

He was elected as senior deputy speaker in 2010 and stepped in whenever Bercow wasn't around, so he knows quite a lot about the role already.

He was an MP for the Labour party but will now resign from the party - that's because the Speaker needs to be neutral.

He'll be the 157th Speaker in the House of Commons.

He's got lots of pets 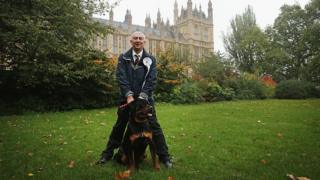 Getty Images
Lindsay Hoyle with his dog Gordon the rottweiler

He's got a few pets at home including Gordon the rottweiler, Boris the parrot, Betty the terrier and Maggie the tortoise.

He's even entered Gordon into the Westminster Dog of The Year competition, but he didn't manage to take first prize.

He once took part in a pancake race 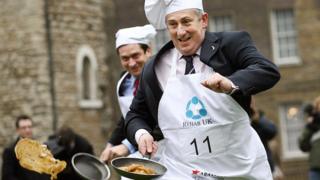 Getty Images
Lindsay Hoyle races to get his pancake over the finish line!

In 2007 Lindsay Hoyle took place in the Parliamentary Pancake Race for charity. 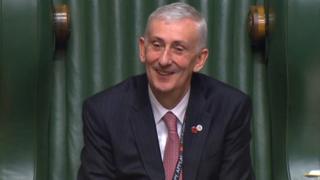 They're his local club.

He was dragged to his new role?! 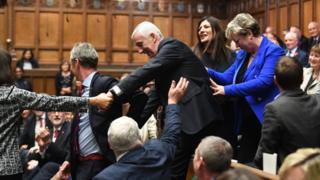 Don't worry, it's not as horrible as it sounds!

It's tradition that newly elected Speakers get "dragged" to their new position.

And by dragged, that just means that MPs take his hand and walk him to his new seat.