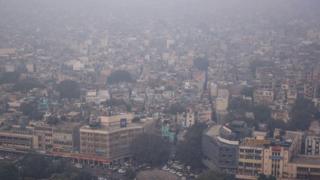 Schools in India's capital city of Delhi have had to close, because air pollution levels there have got really bad.

They're closed until Tuesday but it's likely the shutdown will go on until Friday.

Face masks were also handed out in schools last week because of the high levels of smog in the city.

Health officials have asked people to stay indoors and not do any physical activity outside to avoid getting ill from it. 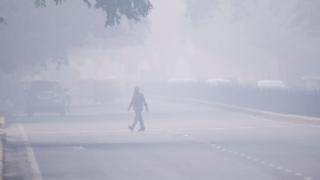 Getty Images
You can hardly see the cars on this road because of the smog.

To try and tackle the air pollution, drivers can only use certain cars and vehicles at certain times.

From Monday 4 to Friday 15 November, cars with odd or even number plates will only be allowed on the roads on different days. The aim is to reduce the number of vehicles which are being driven there.

Anyone who breaks the rule will be fined.

Public transport, emergency vehicles, taxis and two-wheeled vehicles will be allowed all the time.

This idea's been done before, but it's not clear if it actually helps bring down pollution. 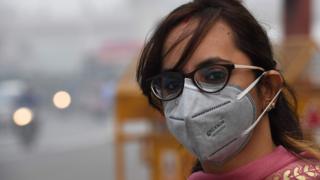 What's caused the air pollution in Delhi to get so bad?

Experts think the main reason that the air pollution is so bad at the moment is because of farmers burning crops.

It's done to clear their fields ready for the next crops, and burning is a cheap and easy way of doing it.

But it can causes big problems for air pollution.

As well as this, fumes from cars and factories, a change in the wind pattern and the recent fireworks to celebrate Diwali have also played a part in making the air pollution so bad.

Ice cream vans: Could air pollution make them a thing of the past?

Air pollution: Half of pupils worried about air quality