X Factor: The Band - who are the judges and what is it all about? 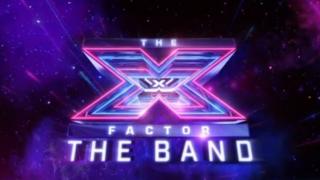 Simon Cowell has launched another version of the The X Factor, this time focusing on finding a new pop band.

It's called The X Factor: The Band and the aim is to search for a brand new all-male and all-female group.

Little Mix recently announced plans to launch a similar show next year on the BBC, called Little Mix The Search.

Did the right act get voted off The X Factor: Celebrity?

Ed Sheeran is the Number 1 Artist of the Decade

When does it start?

The X Factor: The Band started on 9 December on ITV.

There are four episodes in total, with further episodes on Wednesday 11 and Friday 13 December, with the live final taking place from 8:10pm on Sunday 15 December.

What is X Factor: The Band about? 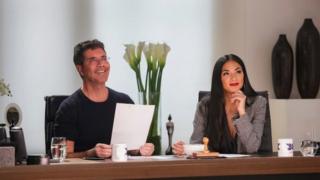 Simon Cowell and Nicole Scherzinger are the main judges for the new show, but they are joined by famous names from the music industry to help them make their decisions.

After auditioning in Cowell's office, the artists then go on to perform in the arena auditions in Birmingham. They are then sorted into bands and compete against each other in a bid to win a record contract.

What's been the response?

One website reporting TV viewing figures said numbers fell from 4.12 million at the start of the first show to 3.13 million at the end of the episode. The regular X Factor gets 5.7 million.

The show got some criticism on social media with one viewer calling it "a complete mess".

X Factor: The Band follows closely on from The X Factor: The Celebrity, so are people just getting tired of talent shows?

Do you think this is one talent series too far or is there always a place for another reality singing show?

Let us know by voting and commenting below.

X Factor Celebrity: Did the right act get voted off?

His Dark Materials: Did you watch the first episode?