His Dark Materials: Did you watch the first episode? 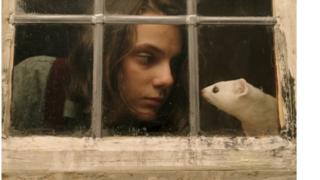 Lyra Belacqua is the main character in the series

The new TV series based on Phillip Pullman's His Dark Materials trilogy has started.

It took the BBC and HBO five years to make, and judging by the reviews so far it was well the worth wait!

The story follows the adventures of a young girl called Lyra Belacqua, as she tries to find her friend Roger and discover more about something called Dust.

Who's in the cast for the His Dark Materials TV series?

Pullman books to be made into TV series 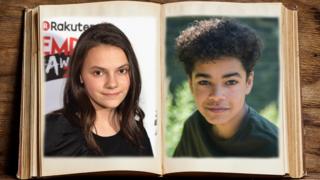 Getty/BBC/HBO/Twitter
Lyra meets Will on her adventure

The two main characters are Lyra and Will, played by Dafne Keen and Amir Wilson.

But don't be confused if you haven't seen Will yet, he won't appear until the second series!

Lyra is a bit of a rebel and is very smart and brave, but can be a bit reckless, will that get her into any trouble?

Phillip Pullman's first book in the His Dark Materials series was Northern Lights which came out in 1995.

The His Dark Materials trilogy sold more than 17.5 million copies and was translated into 40 languages.

Did you watch the first episode, what did you think? Let us know in the comments!

His Dark Materials to be turned into BBC TV drama series

BBC's His Dark Materials: Characters and plot - Everything we know