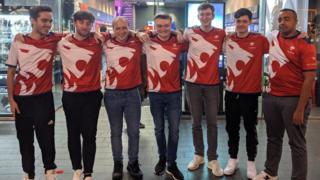 7Lions/Twitter
The 7Lions lost out this year, but promise to come back fighting next year!

Team UK has crashed out of the Overwatch World Cup in the Group Stages.

The 7Lions lost all four of their matches in the Group Stage of the tournament.

They went up against rivals USA, tournament champions South Korea, France and Sweden.

Fusions, who plays in the Tank role on the team, said: "Just wanted to say that I'm so grateful I got to represent my country again this year and I'm sorry about the results, UK has more potential than this in Overwatch and its a massive shame we didn't get to show it."

Find out more about the Overwatch World Cup?

Guide: What are eSports? 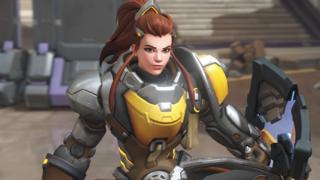 "My drive to improve in Overwatch is higher than its ever been, so I promise you I will keep improving for 2020 and go above and beyond everyone's expectations. Thank you everyone for the crazy support again this year."

Through to the finals are USA and China, with Denmark, France, South Korea and the Netherlands fighting it out to find out who'll play them.

The house that literally moved!